No Comments on Satellite technology pioneer notes Canada downplayed its defining role in the sectorPosted in Canada Space Economy, Space Pioneers By carvalhocapital_xde1hsPosted on January 2, 2022January 2, 2022

You know you’re a pioneer in a field when you install components with serial numbers that are numbered 00001 and 00002, even if they don’t work! At the time, Bob Huck was so intent on his mission that he didn’t realize how much he and his co-workers were making history in satellite communications.

Not only that but Bert and Ernie from the TV show Sesame Street played a starring role as well.

During his career, Bob worked on several innovations that improved communication – and by association, education, and medical care – both in Canada and around the world. 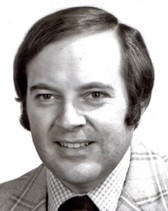 “Canada was a pioneer in developing satellite and fibre-optic technology,” Bob says with pride as he looks back on his long career.

“Telesat had been operating commercial satellites in the 4/6 GHz frequency band for several years before we embarked on opening the 12/14 GHz band. To do that, the government designed and built a technology satellite that had many world firsts.” (The higher the frequency, the more reliably the signal works.)

In typical Canadian fashion, there was little fanfare when Canadians changed the way people around the world exchange information. However, with research timeframes not matching election cycles, he notes that governments since Pierre Trudeau to Stephen Harper have frozen then slashed research budgets so little innovation is unfolding in government communications labs anymore.

“As I age, while there are several excellent articles in the archives about major programs at CRC, very little is written about what it was like to work there,” Bob says. “It was difficult to share this with our families as not only did we work in a secured facility but we also worked in a very specialized field which made for difficult dinner conversation. Hence, my children grew up knowing little about what I did for a living, other than numerous absences from them while I traveled around the world.”

He pulls back the curtain now on just one of the incredible projects in his portfolio, including some of the highs and one stress-inducing potential disaster along the way.

Canada entered space technology with two goals in mind: addressing the communications needs across the vast country and developing capability within the Canadian industry. The first goal drove the political will for funding from the early days long into the 1990s when Bob would advocate for dollars as a vice-president within CRC.

When in doubt, he would refer to the map of Canada lit up at night, showing how much of the nation’s population lived right along the southern border with the United States. Yet, there were twinkles from across the map and into its northern corners.

By reminding deputy ministers of their responsibility to reach residents everywhere, he pushed to stick to the mission that revolutionized technology for other large, sparsely populated nations. (Even one that lacked electricity when he visited there. Stay tuned for that story in part two.)

After receiving his master’s degree in science, Bob joined the Aerospace Research Division of Canadian General Electric (CGE) in Toronto in 1969. He immediately started work on a Communications  Research Centre (CRC) contract to design and build a Time Division Multiple Access (TDMA) synchronization system for an Anik A satellite channel. This contract operated out of George Davis’s shop at CRC under the supervision of CGE’s Sherman Chow.

The engineers used the latest technology that they had available at the time. This system used the latest digital integrated circuits that were simply cards with a few flip flops and gates, unlike today’s complex microprocessors, but they worked!

Bob also worked on a new modulation scheme called Fast Frequency Shift Keying and a spread spectrum radio system designed to test reception and availability in urban environments. (The Qualcom Corporation in the USA later used spread spectrum for its initial cell phone system.) To test the propagation performance, the research team equipped a car with a special, very unusual antenna.  When they occasionally traveled in this official-looking car to buy meatball sandwiches at the Italian Club near the lab, most of the club emptied out as some diners suspected its occupants were law-enforcement officials!

While at CGE, most of Bob’s work was on CRC contracts. When the opportunity arose to move to CRC, both he and Sherman opted for the more secure but much more bureaucratic environment of a government research lab, which gave them much better access to sophisticated test equipment.

“My fondest memories are from when I arrived at CRC as a young engineer and was assigned to work on the CTS program,” Bob recalls. “CRC had already established a solid reputation internationally for its work in space, specifically with the Alouette and Isis programs. These satellites, however, were more scientific in nature, and the follow-up Communications Technology Satellite (CTS) program was our first R&D effort into communications satellites.”

This work was designed to open the Ku frequency band or 12 to 14 GHz, which was internationally dedicated for satellite communications. The program was developed jointly between Canada’s Department of Communications and NASA.

“I regard this as pioneering work that had not only the technology development but also the applications and social programs that followed,” Bob says.

“I was fortunate to be involved in this program from start to finish, on both the technology side including the spacecraft and the earth stations and the social applications programs conducted over the four years following launch. Canada shared the spacecraft payload access with the USA on alternate days after launch.”

The spacecraft had a number of firsts, some developed in the CRC microelectronics lab:

Of course, everything in the newly allocated 14/12 GHz RF band was new technology. This program also precipitated the construction of the David Florida Lab which became Canada’s premier spacecraft integration and test facility.

While CTS was undergoing development, Dr. Bert Blevis had the overall responsibility to procure a number of ground terminals and establish an applications development program. When Bob first arrived at CRC, he was assigned to work on a family of ground terminals. While one had an antenna of nine metres in diameter, Bob was responsible for the transportable three-metre antenna diameter terminals.

These terminals were equipped with tracking antennae and power generators to provide for totally independent operation and could be transported virtually anywhere in Canada by road, rail, boat/barge, or Hercules aircraft.

“They bear a remarkable resemblance to a fifth-wheel trailer.  This is no accident as it was manufactured by SED systems in Saskatoon where the trailers were procured from a horse trailer manufacturer. These terminals were necessarily sturdy. They ultimately traveled from coast to coast.”

Once his colleague, John Butterworth moved out west, Bob oversaw the three – two three-metre and one nine-metre – terminals. They had essentially the same communications capabilities, he notes, and a parametric amplifier receiver for maximum sensitivity.

On the transmit side, the 9M had a wideband 200W Traveling Wave Tube (TWT) while the 3M had a 1000W dual-band Klystron, a specialized linear-beam vacuum tube.  Both these systems experienced “teething problems,” he calls them.

“I recall buying klystrons that had serial numbers from 001 to 012 and beyond, and many of which only worked for a few hours until the manufacturer solved a cathode filament problem,” Bob recalls.

Finally, the liftoff and payoff!

His role was to work with a contractor to conduct detailed measurements on the performance of the communications payload during the construction phase. He and Don Bradley conducted the final pre-flight tests at Cape Kennedy, which served as a baseline for in-orbit performance, which they tested regularly during the next four years.

“These in-orbit tests were always done on Sundays and turned out to be very boring,” Bob says. “In four years, nothing changed in the communications payload. There is a complete set of test reports somewhere in the CRC library, which I am sure will provide riveting reading to someone.”

Despite the tedious work to get the terminals ready, there was some excitement on the day their due diligence showed results.

“I recall arriving at Cape Kennedy and passing through the gate with limited security and making my way to the clean room where our satellite was located and fueled with [highly toxic] hydrazine,” Bob says. “Because of its volatility, a large steel plate had been erected between us and the spacecraft for protection from a possible but very unlikely explosion. I had an opportunity to go up the gantry to see where our satellite would be mounted on its rocket.”

Unfortunately, just fortuitously, Bob had to return to Ottawa prior so he could be stationed at the primary communications terminal during the launch. As the spacecraft was drifting to its orbit location, the nine-metre terminal at home experienced a major failure of the high power transmitter. Bob and technician, Don Bradley, worked 24 hours straight to repair it so it was ready when the spacecraft arrived at its orbit position.

“I recall vividly, the launch and in-orbit activation of CTS,” Bob says. “When the spacecraft arrived on position and in an operational configuration, Mac Evans, the Mission Controller, commanded the payload on.

“We had a phaselock-loop receiver set up to receive the beacon signal (the beacon on the spacecraft was built by CRC) with an audible beat frequency as it locked up. As soon as the spacecraft payload was activated, we heard this whistle which indicated an immediate lock-up. We were then able to auto-track our big antenna and were effectively operational within a minute or two.”

After checking signal strength from the spacecraft, Mac asked the team to access the low-power channel.

“As well as being the last one to pass a signal through the spacecraft before launch, I was the first to transmit a signal to CTS in orbit into the 20-watt channel,” Bob says. “The Americans wanted to test the 200-watt channel themselves, of course, as they built that tube. As it turned out they could not acquire the satellite for several days due to a problem with their earth terminal and I ended up testing that channel as well.”

Although the Americans were embarrassed by the terminal failure, Bob didn’t tell them that their Canadian colleagues had lost their transmitter power supply but managed to repair it just in time a few days earlier.

“As research engineers, a sense of history was woefully lacking and our principal concern was to see if everything worked,” he adds. “If we were American and had that kind of first, we would have had a huge press conference. We just didn’t do that kind of thing in part because we didn’t want it to fail.”

“In any case, I recall the first signal was an off-air broadcast signal of Sesame Street so Bert and Ernie were the first to pass through CTS.”

This is just the first in a series of articles about Bob Huck’s role in key innovations that arose from Canadian laboratories. Next, we look at the Hermes series of satellites and their life-changing applications here and around the world.